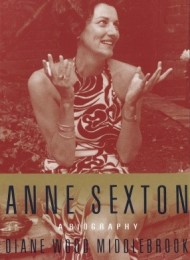 Anne Sexton began writing poetry at the age of twenty-nine to keep from killing herself. She held on to language for dear life and somehow — in spite of alcoholism and the mental illness that ultimately led her to suicide — managed to create a body of work that won a Pulitzer Prize and that still sings to thousands of readers. This exemplary biography, which was nominated for the National Book Award, provoked controversy for its revelations of infidelity and incest and its use of tapes from Sexton’s psychiatric sessions. It reconciles the many Anne Sextons: the 1950s housewife; the abused child who became an abusive mother; the seductress; the suicide who carried “kill-me pills” in her handbag the way other women carry lipstick; and the poet who transmuted confession into lasting art.