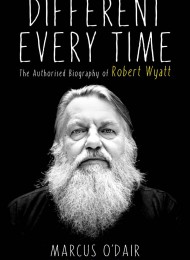 The first and definitive biography of Robert Wyatt, Britain’s greatest cult musician, with an introduction by Jonathan Coe

Robert Wyatt started out as the drummer and singer for Soft Machine, who shared a residency at Middle Earth with Pink Floyd and toured America with Jimi Hendrix. He brought a Bohemian and jazz outlook to the 60s rock scene, having honed his drumming skills in a shed at the end of Robert Graves’garden in Mallorca.His life took an abrupt turn after he fell from a fourth-floor window at a party and was paralysed from the waist down. He reinvented himself as a singer and composer with the extraordinary albumRock Bottomthat has brought him a loyal following not just in Britain but in France, Italy and Germany. For about a decade he was a member of the Communist party, and in the early eighties his solo work was increasingly political.Today, Wyatt remains perennially hip, guesting with artists such as Bjork, Brian Eno, Scritti Politti, David Gilmour and Hot Chip. Marcus O’Dair has talked to all of them, indeed to just about everyone who has shaped, or been shaped by, Wyatt over five decades of music history.

Marcus O’Dair is a writer, lecturer and musician. He writes on music for theGuardian,IndependentandFT.He is also a frequent contributor to BBC Radio 3 and BBC 6 Music. He is also one half of the Ninja Tune act Grasscut, who have performed at the Pompidou Centre and across Europe.

‘If you don’t believe avant-garde political music can be both playful and polemical, heartfelt and heartbreaking, you need Robert Wyatt in your life’, NME