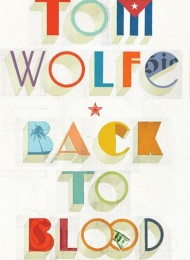 Based on the same sort of detailed, on-scene, high-energy reporting that powered Tom Wolfe’s previous best-selling novels, The Bonfire of the Vanities and A Man in Full, Back to Blood is another brilliant, spot-on, scrupulous, and often hilarious reckoning with our times.