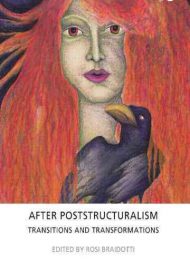 Volume 7 analyses the main developments in continental philosophy between 1980-1995, a time of great upheaval and profound social change.The end of the Cold War revitalised continental philosophy and, more particularly, interest in it from outside philosophy. The volume ranges across the birth of postmodernism, the differing traditions of France, Germany and Italy, third generation critical theory, radical democracy, postcolonial philosophy, the turn to ethics, feminist philosophies, the increasing engagement with religion, and the rise of performativity and post-analytic philosophy. Analyses of the major figures are integrated within the discussion. After Poststructuralism reveals how continental philosophy – fuelled by an intense ethical and political desire to reflect changing social and political conditions – responded to the changing world and to the key issues of the time, notably globalisation, technology and ethnicity.