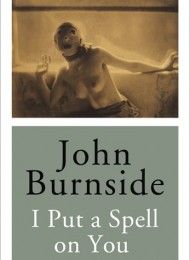 I Put a Spell on You

In this exquisite, haunting book, John Burnside describes his coming of age from the industrial misery of Cowdenbeath and Corby to the new world of Cambridge. This is a memoir of romance – of lost love and the love of being lost – darkened by threat, illuminated by glamour.

The old Scots word ‘glamour’ means magical charm, and the first time he was played I Put a Spell on You, John Burnside thought he had never heard a more beautiful song – it was an enchantment, a fascination that would turn to obsession. Implicit in the song were all the ambiguities that intrigued him – love, possession and danger – and this book is an exploration of the darker side of glamour and attraction. Beginning with memories of a brutal murder, the book follows the author through a series of uncanny encounters with ‘lost girls’, with brilliant digressions on murder ballads, voodoo, acid and insomnia, and a cast that includes Kafka and Narcissus, Diane Arbus and Mel Lyman, The Four Tops and Screamin’ Jay Hawkins, and time spent lost in the Arctic Circle, black-and-white films and a mental institution. Ending with the tender summoning of the ghost of his dying mother as she sings along to the radio in her empty kitchen, I Put a Spell on You is a book about memory, about the other side of love: a book of secrets and wonders.