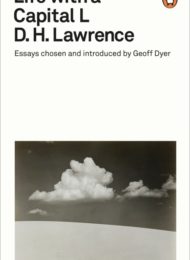 Life with a Capital L

For D. H. Lawrence the novel was the pinnacle, ‘the one bright book of life’, yet his non-fiction shows him at his most freewheeling and playful. This is a selection of his essays, on subjects including art, morality, obscenity, songbirds, Italy, Thomas Hardy, the death of a porcupine in the Rocky Mountains and the narcissism of photographing ourselves. Arranged chronologically to illuminate the patterns of Lawrence’s thought over time, and including many little-known pieces, they reveal a writer of enduring freshness and force.