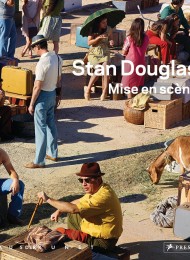 The most comprehensive book available on one of today’s most important visual artists, this volume features images from Stan Douglas’s acclaimed series as well as stills from a new video work and a stage production.

Stan Douglas is one of Canada’s leading filmmakers and installation artists. His work, which has been widely exhibited throughout the world and at three Venice Biennales, touches on themes of modernism, politics, race, music, cinema, and theater. This book features images and stills from Douglas’s most recent works: Artists’ Cabin, Olde Curio Shop, Kardynal Shoes, Tosi Foods, Crowds and Riots, Midcentury Studio, and Disco Angola. It also includes images from two much-anticipated works: a new video piece and Helen Lawrence, a cinematic stage production. A series of essays discussing Douglas’s influences and themes as well as texts by the artist himself round out this impressive book.