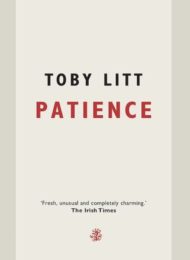 Elliott is something of a genius. He is hugely intelligent. He’s an incredible observer. He is able to memorise and categorise in astonishing detail. He has a beautiful and unusual imagination.

More than that, Elliott is an ideal friend. He is overflowing with compassion and warmth and fun. To know him is to adore him.

But few people do know Elliott, properly. Because Elliott is also stuck. He lives in a wheelchair in an orphanage. It’s 1979. Elliott is forced to spend his days in an empty corridor, either gazing out of the window at the birds in a tree or staring into a white wall – wherever the Catholic Sisters who run the ward have decided to park him.

So when Jim, blind and mute but also headstrong, arrives on the ward and begins to defy the Sisters’ restrictive rules, Elliott finally sees a chance for escape. Individually, the unloved, unvalued orphans will stay just where they are; together, they could achieve a magnificent freedom – if only for a few hours.

But how can Elliott, unable to move or speak clearly, communicate all this to Jim? How can he even get Jim to know he exists?

Patience is a remarkable story of love and friendship, courage and adventure – and finding joy in the most unlikely of settings. Elliott and Jim are going to have some fun.