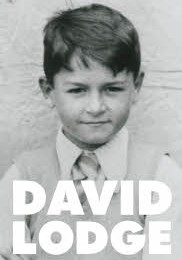 Quite a Good Time to Be Born

‘I drew my first breath on the 28th of January 1935, which was quite a good time for a future writer to be born in England…’ The only child in a lower-middle-class London family, who got his artistic genes from his musician father and his Catholic faith from his Irish-Belgian mother, David Lodge was four when World War II began and grew to maturity through decades of great social and cultural change, giving him plenty to write about in his distinguished career.

In this memoir of his life up to the publication of his breakthrough book, Changing Places, David looks back over his childhood and youth, including his undergraduate years at University College London, where he met Mary, his future wife, in freshers’ week. After National Service, and two years’ postgraduate research, married at last and soon a father, he struggles to make a start as both novelist and academic, until a lucky break brings him a job at the University of Birmingham and a stimulating friendship with a colleague of similar ambition, Malcolm Bradbury. A promising career anchored on a happy marriage opens up, full of opportunities for travel, enjoyment of exciting new trends and interesting new friends, but also intertwined with unexpected setbacks and challenges, both professional and personal.

Candid, witty and insightful, illuminating both the author and his work, Quite a Good Time to be Born gives a fascinating picture of a period of transition in British society and the evolution of a writer who has become a classic in his own lifetime.