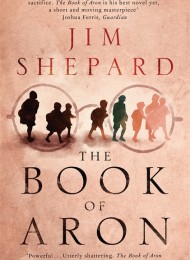 The Book of Aaron

A lauded ‘masterpiece’ that tells with compassion and humour the story of Janusz Korczak, a hero of the Polish Jewish ghetto
**SHORTLISTED FOR THE CARNEGIE AWARD**
‘Powerful . . . shattering . . . a masterpiece’ The Times
‘Testament of love and sacrifice . . . a masterpiece’ Joshua Ferris, Guardian
‘Transcendent and timeless . . . masterpiece’ Washington Post

Aron is a nine-year-old Polish Jew, and a troublemaker. His mother despairs of him. His father beats him. He tries to be good. But in 1939, as the walls go up around the Jewish ghetto in Warsaw, as lice and typhus rage, families starve and fight, it is Aron who finds a way – however dangerous, however treacherous – to survive. It isn’t until he lands at the feet of Janusz Korczak – orphanage director and reluctant hero – that he learns of something greater than survival.