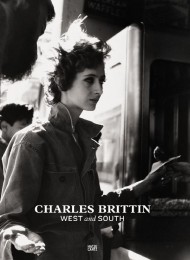 Throughout the fifties, Los Angeles-based Charles Brittin (*1928) was the unofficial house photographer for the beatniks who coalesced around the artist Wallace Berman. Brittin had settled in Venice Beach in 1951, and his tiny shack on the beach became a hangout for the creative circle around Berman, which included actor Dean Stockwell, artist John Altoon, curator Walter Hopps, and poet David Meltzer, among many others. Brittin’s photographs of this time and place evoke a period of tremendous upheaval and creativity in America, when avant-garde culture was largely underground and its protagonists were almost completely shut out of mainstream culture. In the early sixties, the focus of Brittin’s life shifted dramatically when he became involved in the antiwar movement, and by the end of the decade he was devoting most of his time to the Black Panther Party. These two very different social revolutions are at the heart of Charles Brittin: West & South.