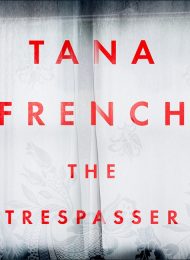 Antoinette Conway, the tough, abrasive detective from The Secret Place, is still on the Murder squad, but only just. She’s partnered up with Stephen Moran now, and that’s going well – but the rest of her working life isn’t. Antoinette doesn’t play well with others, and there’s a vicious running campaign in the squad to get rid of her. She and Stephen pull a case that at first looks like a slam-dunk lovers’ tiff, but gradually they realise there’s more going on: someone on their own squad is trying to push them towards the obvious solution, away from nagging questions. They have to work out whether this is just an escalation in the drive to get rid of her – or whether there’s something deeper and darker going on.