Dear friends of pile of books after several weeks of handling your book orders we will be back in store for you! Reopening Wednesday, May 13th, noon   We look forward to seeing you Sincerely yoursDaniel & Vreni Nufer 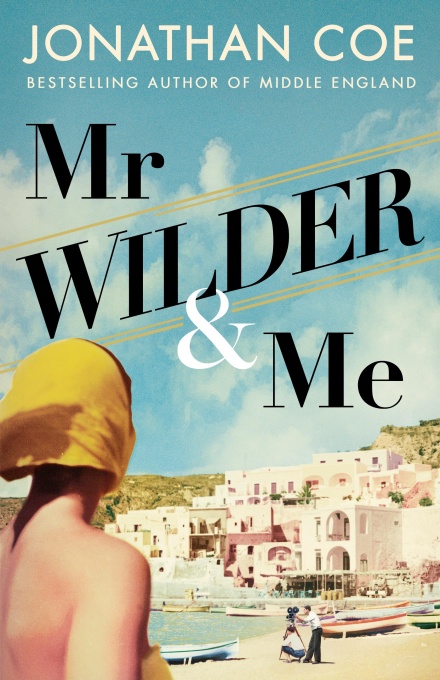 In the heady summer of 1977, a naïve young woman called Calista sets out from Athens to venture into the wider world. On a Greek island that has been turned into a film set, she finds herself working for the famed Hollywood director Billy Wilder, about whom she knows almost nothing. But the time she spends in this glamorous, unfamiliar new life will change her for good. While Calista is thrilled with her new adventure, Wilder himself is living with […]

Dresden – The Fire and the Darkness

Sorry For Your Trouble

A woman and man, parted a quarter of a century, reunite in a bar in New […]

In this brilliant book, Isabel Wilkerson gives us a masterful portrait of an unseen phenomenon in […]

n the summer of 1959, an Antiguan immigrant in north west London lives the last day […]

The Grammy- and Academy Award- nominated singer-songwriter’s haunting, lyrical memoir, sharing the story of an unthinkable […]

The Troubles made Northern Ireland a ghost factory: as the manufacturing industry withered the death business […]

Death in her Hands

A triumphant blend of horror, suspense and pitch-black comedy, from the Booker-shortlisted author While on her […]

It is Super Bowl Sunday in the year 2022. Five people are due to have dinner […]

Memories of the Future

Year of the Monkey

The Mirror & the Light

England, May 1536. Anne Boleyn is dead, decapitated in the space of a heartbeat by a […]

A series of unsolved murders with one thing in common: each of the deaths bears an […]

Since his landmark debut collection, There Are Little Kingdoms, and its award-winning sequel in 2012, Dark […]

The battered and exhausted Britain of 1945 was desperate for workers – to rebuild, to fill […]

Romy Hall is at the start of two consecutive life sentences, plus six years, at Stanville […]

Ranging from Texas, to Chile, to New Mexico and New York, in Evening in Paradise Berlin […]

From the bestselling author of Autumn and Winter, as well as the Baileys Prize-winning How to […]

10 Minutes 38 Seconds in This Strange World

For Leila, each minute after her death brings a sensuous memory: the taste of spiced goat […]

In this spellbinding new exploration of the varieties of love, the author of Call Me by […]

In the autumn of 1938, Europe believed in the promise of peace. Still reeling from the […]

Late in the Day

In the stirring, highly anticipated first volume of his presidential memoirs, Barack Obama tells the story […]

An adrenaline-charged crime caper that features smart, detailed world-building based on real science and the charm […]

Are The Planets Just For Decoration?

Are The Planets Just For Decoration? is fantastic reading filled with amazing insight and intuitive mastery. […]

LATTICING one cherry pie after another, an Ohio housewife tries to bridge the gaps between reality […]

Difficult Women – A History of Feminism in 11 Fights

Feminism’s success is down to complicated, contradictory, imperfect women, who fought each other as well as […]

Flavour-forward, vegetable-based recipes are at the heart of Yotam Ottolenghi’s food. In this stunning new cookbook […]

The Source of Self-Regard

Here is Toni Morrison in her own words: a rich gathering of her most important essays […]

You Know You Want This

At once, dissent and morality, deviancy and normalcy, became modern legal concepts: if writers, editors, printers […]

From the dawn of civilization to the modern-day music scene, this breathtaking global history reveals how […]

‘Black Leopard, Red Wolf is the kind of novel I never realized I was missing until […]

From the bestselling author of The Monk of Mokha and The Circle comes a taut, suspenseful […]

It is Harvard in the early 1960s. Just off campus, Dr Timothy Leary plays host for […]

Henry Cow – The World Is a Problem

In its open improvisations, lapidary lyrics, errant melodies, and relentless pursuit of spontaneity, the British experimental […]

MEET ELLIOTT. Elliott is something of a genius. He is hugely intelligent. He’s an incredible observer. […]

It is summer in 1968, the year of the assassinations of Martin Luther King and Robert […]

Homecoming – Voices of the Windrush Generation

When Colin Grant was growing up in Luton in the 1960s, he learned not to ask […]

Not far from London, there is a village. This village belongs to the people who live […]