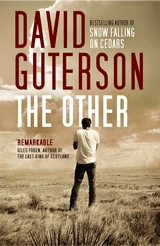 Seattle, 1972: Neil Countryman and John William Barry, two teenage boys from very different backgrounds, are at the start of an 800m race. Their lives collide for the first time, and so begins an extraordinary friendship.

As they grow older Neil follows the conventional route of the American dream, but the eccentric, fiercely intelligent John William makes radically different choices, dropping out of college and moving deep into the woods. Convinced it is the only way to live without hypocrisy, John William enlists Neil to help him disappear completely, drawing his oldest friend into a web of secrets and agonising responsibility, deceit and tragedy – one that will finally break open with an unexpected, life-altering revelation.